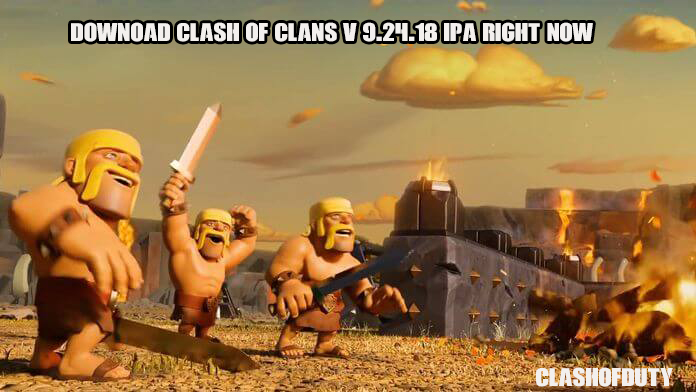 The new Builder hall 6 will come soon in one or two days for both Android and iOS users, The new update consists of new troops and buildings, You can read about this upcoming update here. Similar to Clash Royale, Night Witch will function the same in Clash of Clans, It will spawn night bats, But it will attack with a stick, Whereas a normal witch will shoot a beam.

We can see that lot of troops are jumping from Clash Royale to Clash of Clans nowadays.

We hope you have enjoyed the article on Clash of Clans v 9.24.18 ipa, If you want more articles and updates like this, Do subscribe and press the bell icon So that you will receive updates instantly as soon as it gets released directly to your inbox. A new update is coming soon, Stay tuned Clashers, Thanks for reading.