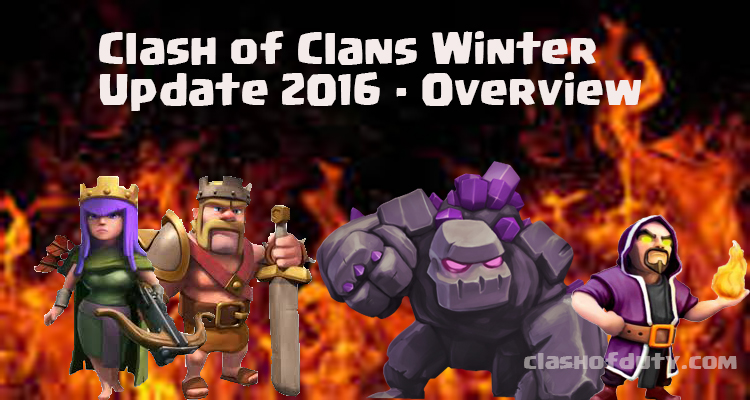 Clash of Clans Winter Update 2016 Complete Details About it The Clash of Clans Winter Update 2016 consists of the following things listed below.

In the above updates, there are some interesting facts to be known… Thus Clash Of Clans December update is going to blast this year as there are more updates and balancings introduced for the game. Supercell community is giving their best for the update of Clash of Clans Winter Update 2016. Let’s wait and see the update for more interesting things added in the game. Share this article with you friends 🙂

Let’s clash on with CLASH OF DUTY!!

I am a student studying Mechanical Engineering.