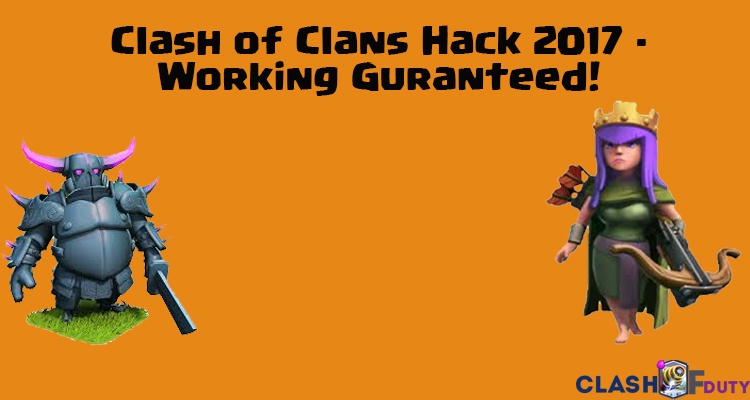 I also included a video tutorial, Which will provide you step by step guide for installing Clash of Clans Hack 2017. December 2016 was an awesome month for Clash of Clans, There was the Red event, And Supercell included Ice Wizards for a limited period of time, Who freeze and smash the opponents.

People love Clash of Clans FHX servers for many reasons, One of the main reason is to play Clash of Clans Updated troops, Buildings, They just want to test the troops, Without waiting a longer period to get them and also they don’t want to spend hard earned money.

There are a lot of features added in Clash of Clans FHX server 2017, They update the servers monthly once, By adding some marvellous creatures such as PEKKA King, Giant King, Minion King and many other funny troops lol. And one of the best thing is that Ice Wizards are added.

Though there are a lot of advantages with this Clash of Clans Hack 2017, There are some disadvantages which is very irritating, The disadvantage is common in all Private Servers.

So, These are some of few disadvantages. However, they are not a big issue. Pros of this Servers are awesome.

For easier understanding, We are including a Clash of Clans Hack 2017 video tutorial, Watch the video carefully, There are some important steps to do while installing Clash of Clans FHX Server.

Important Note!!
If You Failed to Follow the Above Mentioned Steps in the Video or the Written Part, You Might Get Your Original Clash of Clans Account Banned From Supercell, So Be careful!

Before going to download, I just want you to show you some working proof. Just have a look on the pictures.

So, Friends, We hope you started following all the procedures mentioned above carefully, I know the frustration of IOS users. IOS users just be Calm, After the servers have been fixed, I will bring you the DNS Servers, We also have some other Clash of Clans Private Servers which we will include in that article, Enjoy the Private Servers friends. If you want your friends to have fun with you, Then share this article with them.

Thanks Mate, It is working.

Sure, Altaf, We will update for iOS soon, May be this week, You can expect. Just do subscribe.

Google Drive works the best bro, If you want I will add Mediafire links.

I am waiting for Clash Royale Private Servers 2017, Please update it soon admin.

Hi Armymen,
We will start our work on Private Servers, Just have some patience, Play old servers, We will come with new Updates of the Private Server.

Not working that file is not there

Check out the new version and follow the steps mentioned.

Can u help me

this blog is made for helping people bro. 🙂 tell me ur queries.

Hai sir ,can i sign into google play games .in this game,then how?

you would need, Google play games installed to play this game 🙂

Hi sir i cant log in in the game.. It says the server is full.

iwant to hack my cr to have geems pls help me

Get the version above.

Bro, Tell me your email id.

it is present above, Wait for few seconds to get it unlocked.